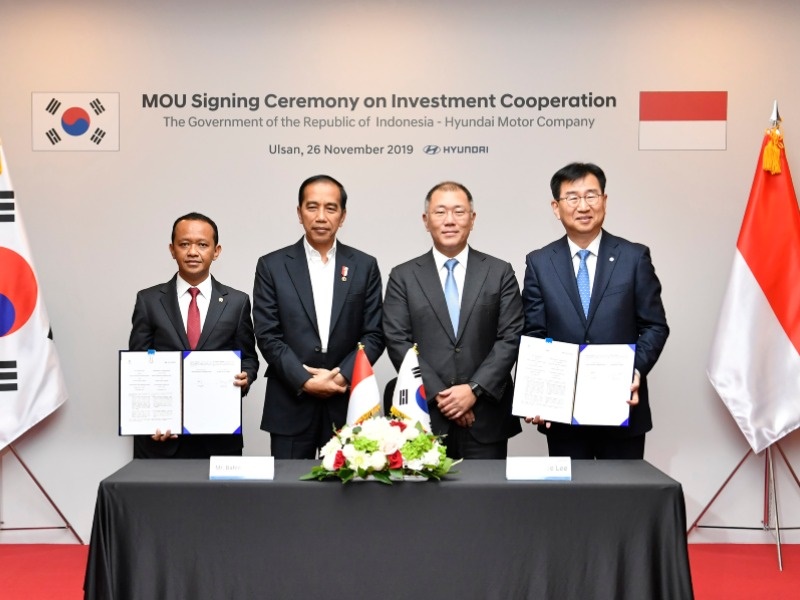 SEOUL, November 26, 2019 — Hyundai Motor Company today announced it has entered into a memorandum of understanding (MOU) with the Indonesian government to build its first manufacturing plant in the country.

The company’s decision to invest in Indonesia will, in particular, support its growth into new ASEAN markets, securing future growth engines to help the business combat slowing demand in the global automotive market.

The state-of-the-art manufacturing plant will be located on an 8.35 million-square-foot site (77.6-hectare) in Kota Deltamas (City of Deltamas), an integrated industrial, commercial and residential district in the eastern outskirts of Jakarta, capital of the fourth-most-populous-nation in the world. 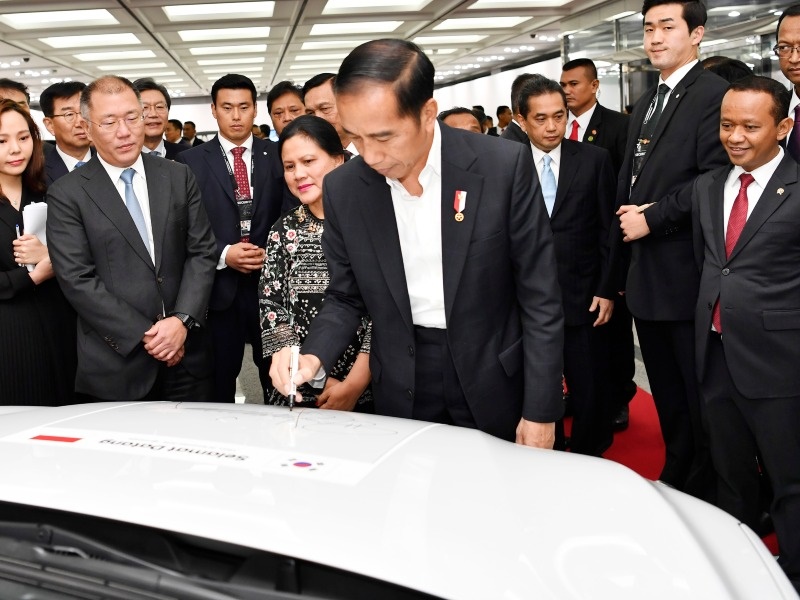 “The establishment of Hyundai Motor’s manufacturing plant in Indonesia has been made possible thanks to the continuous cooperation and support from the Indonesian government,” said Euisun Chung, Executive Vice Chairman of the Group. “Hyundai will continue to listen actively and respond to the Indonesian government's expectations and policies regarding eco-friendly vehicles, while continuously contributing to the ASEAN community.”

The Indonesian plant will represent an investment of approximately USD 1.55 billion until 2030, including product development and operation costs. The new facility will break ground in December this year and is expected to begin commercial production in the second half of 2021 with an annual capacity of 150,000 units. The plant will eventually be able to build approximately 250,000 vehicles annually when it reaches full capacity.

Hyundai plans to produce compact SUV, compact MPV, and sedan models specifically designed for customers in the South East Asian market at the new Indonesian plant, which will incorporate facilities for stamping, welding, painting and assembly.

The company is also currently exploring the production of ASEAN-specific electric vehicles (EV) in its Indonesian plant. Hyundai is committed to helping nurture Indonesia's EV ecosystem, contributing to its people's quality of life through its leadership in clean mobility technologies. Hyundai, together with sister company Kia Motors Corporation, aims to make Hyundai Motor Group the world's third-biggest EV manufacturer in the world by 2025.

Hyundai, with its local partner suppliers, expects to create more than 23,000 new direct and indirect jobs at the Indonesian plant, becoming one of the biggest automotive employers in the Kota Deltamas district. The plant is anticipated to make an economic contribution worth more than USD 20 billion to the Indonesian economy over its first decade. 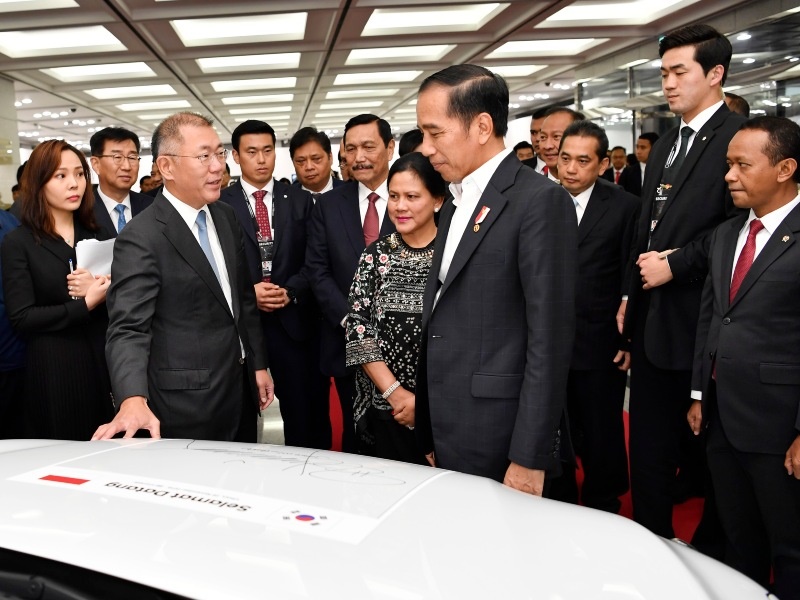 Aiming to accelerate the establishment of a platform for stable product development, production and sales in Indonesia and the wider ASEAN market, Hyundai Motor will pursue an ‘innovative differentiation’ strategy to gain a competitive edge over competitors.

In order to develop strategic vehicle models perfectly tailored for the region, Hyundai Motor has established a dedicated organization and is currently operating a system in which its headquarters and Indonesia operations seamlessly collaborate on all aspects of product development and mass-production processes.

In terms of production and sales, Hyundai will take a strictly customer-centric approach. Vehicles produced at the new facility will be on a build-to-order basis. Aligned with Hyundai’s customer-centric approach, the tailorable production method allows customers to choose product specifications when ordering, while also lowering inventory costs. As commercial production commences, Hyundai also plans to implement a brand new integrated online-offline-mobile retail channel, or omni-channel, with local e-commerce leaders to optimize sales and customer experience in Indonesia.

This focus on the next generation of motorists continues with plans to offer more online services and enhanced connected services, such as voice command, vehicle control, and in-vehicle shopping. To support its new presence in the market, Hyundai aims to establish a nationwide network of around 100 dealers by 2021. This will expand gradually to grow the customer base further.

Following the MOU signing ceremony, Indonesian government representatives, including President Jokowi, looked around various displays at the Ulsan plant, including an air-purifying demonstration on a NEXO fuel cell electric vehicle (FCEV), cutaway displays of the NEXO and Kona Electric, a wireless EV charging system, a wearable robot and an electric scooter.